The common name for the neighborhood east of Interstate 5 and north of Mission Avenue is “Eastside.”  Today this would puzzle many people because Oceanside city limits go much farther east than Eastside. However, after the turn of the century when the area was being developed and populated, this neighborhood was east of the downtown area. This was a common way to refer neighborhoods or area, South Oceanside was south of downtown, and just a few blocks north of town was referred to as North Oceanside.  Both North and South Oceanside had schools denoting the neighborhood (although North Oceanside Elementary was demolished years ago to make way for the freeway). 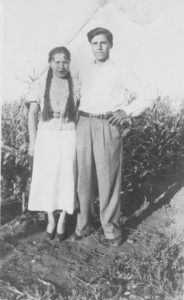 Families from Mexico who came to Oceanside in the 1910s and 1920s settled in Eastside, which included the subdivisions of Mingus & Overman, Reece, Spencer, Higgins & Puls.   Most of the early residents were laborers who worked in the fields of the San Luis Rey Valley and the Rancho Santa Margarita (now Camp Pendleton). The Eastside Neighborhood was segregated and separated in many ways:  Eastside itself was separated from the rest of Oceanside by a large canyon or gully (now Interstate 5). Their children were sent to the Americanization School on Division Street where they were immersed in English.

The neighborhood had dirt streets while most of Oceanside enjoyed paved ones.  Indoor plumbing was nonexistent because there was no sewer system (all the way up until the late 1940s). 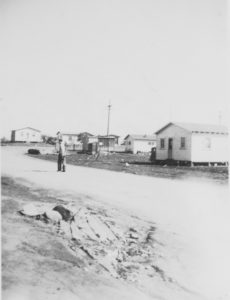 Lucy and Marie Chavez, who operated the East Star Market on San Diego Street, became community activists due to the plight of Eastside residents.  Lucy fought long and hard to bring needed improvements to the Eastside Neighborhood.  Her efforts launched her political career, later becoming Oceanside’s Deputy Mayor in the 1980s.

Although many in Oceanside referred to Eastside as “Mexican Town”, by the 1950s the mostly Mexican community became more diverse as African-American families settled in the neighborhood.  Before the establishment of Camp Pendleton and the influx of Marines (which was itself segregated until 1951) there were no more than were only a handful of (and often only one) of Black residents in Oceanside at a time.  Others families from the Philippines and Samoa who came in the 1960s continued to diversify Eastside.

Eastside children walked to Mission Road School, now known as Mission Elementary, but the neighborhood welcomed its own school when Laurel Elementary was built in the late 1950s.

Eastside is often referred to by residents as “Posole”.  In recent years the term has come to be associated with a neighborhood gang and carries a negative connotation.  However, the story of the name Posole has nothing to do with gangs or crime but is attributed to a woman who epitomizes the hardworking residents of Eastside. 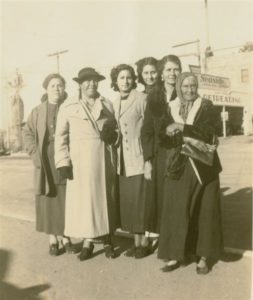 Anita Cruz Romero came to the United States from Mexico in 1910 with her son Ralph Romero.  Mrs. Romero was one of the first residents in the Eastside neighborhood and purchased property and lived in a home on Higgins Street. Romero was a widow and made a living as a housekeeper for affluent Oceanside’s residents.  To supplement her income she sold her home-made soup. According to Eastside resident Aurora Soto Badillo, Mrs. Romero placed her soup in a hot pot placed on top of a little red wagon and walked throughout the barrio, shouting “Posole, posole!”  While there be another version of why Eastside was called Posole, many longtime residents still remember Anita Romero and her posole.